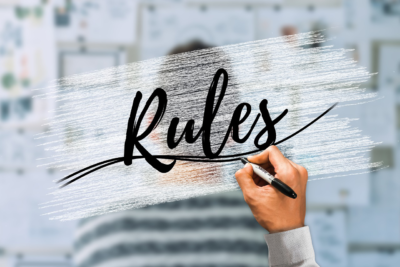 The absence of a basic NYT Crosswords Rules list is an issue that has been brought up in our nyt crossword cheat sheet. The resolution there of, however, is revealed both through the books of a handful of writers, such as Patrick Berry’s,Matt Gaffney’s, Amy  Reynaldo’s along with The NYT Crosswords to Boost Your Brainpower, and through a discussion forum, which all together come with a wealth of insights.

Below are the twenty-four NYT Crosswords rules that are to be abided by, in an effort to navigate the puzzle for clueing. Verily, they are not to be taken as final inasmuch there is room for improving on them, but they may well suffice to resolve most common crossword riddles.

Tense has been a siginifcant factor in finding the correct answer. Moreover, players must take into consideration the tense used in the clue to determine the tense of the answer. In other words, Past answer, past clue.

French answer, French clue or is of French reference.

Broadly put, like answer, like clue, be it standard, informal or slang; this rule, however, does not strictly work for more complicated crossword grids.

Like answer like clue, if partially or uncommonly abbreviated, or tagged with “: Abbr.” Excepted from this rule are the common acronyms and initialisms, for they do not strictly hint to an answer that contains an abbreviation.

Clipped answer, clipped word in the clue such as “May race”, for short” for INDY “, whose tags are “Briefly” or “Familiarly”, used identically. This rule may not help in more complicated crossword grids.

Means the interchangeable usability of the clue as the answer in a sentence, such as substituting the idiom “JUMPED THE GUN” with the phrase“started ahead of time” and vice-versa.

Figuring out the clue in a Saturday puzzle is much harder compared to that of a Monday one.

Parentheses serve to indicate a commonality between both the clue and the answer, like “Liven (up)” for PERK, introduce related terms with the answer like “Play to ___ (draw)” for A TIE, and provide illustration, as in “Lhasa ___ (dog breed)” for APSO.

These adverbs are used to indicate common phrases, as with cluing MEAL with “Kind of plan”, a cluing strategy that some editors refrain from employing, for they deem it senseless.

There are no hints that the answer may consist of long phrases, and it is for the solver to figure them out.

Otherwise known as modifiers, and often as markings that a clue might not always lead to a true answer. Examples are sometimes, usually, occasionally, of a sort, perhaps, in a way, for one, and so on.

This abbreviation, along with similar words that introduce examples, signal a hyponym of the answer rather than a definition of it, as in “Atlantic, e.g.” for OCEAN. That is, it indicates that the answer is specific with respect to the clue.

A preposition that serves to contextualize the answer, like “Use, as an ax” for WIELD.

This one of the popular NYT Crosswords Rules that players must take into consideration. The use of tags like “supposedly”. In fact, they mention it to signal generally accepted truths.

A clue ending with “Var” means things will become fussy, due to the failure of the puzzle constructor or editor to go about reordering the letters. Yet this is a rarity nowadays, and is a good sign that in the puzzle is something nice that compensates for it.

Never does a crossword grid contain two exactly similar answers, if partially similar, such as ON that could be an answer once, but part of it twice. Excepted are common articles like THE, OF, AND, etc.

Square brackets indicate gestures, such as [Uh-oh!] for GULP, whereas quotes indicate a sound as in “Uh-oh!” for YIKES.