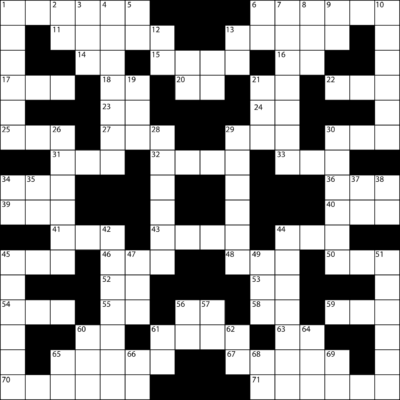 “Discovering crosswords themes is often half the fun of solving. And once you nail one answer in a puzzle’s theme, figuring out the other long answers is usually much easier.” —  Will Shortz

Crossword puzzles are beyond mere grids to be filled in with answers, as they appear to be. Instead, they are intended for solvers to have the utmost fun out of them. Each piece of the puzzle has a common point, otherwise referred to hereafter as the theme.

It is worthwhile to learn about crosswords themes -not featured in all puzzles- and be able to identify them. They are the keys for improving one’s solving aptitude.

What are crosswords Themes?

Embedded in some puzzles is a number of threads leading to a common point, otherwise known as the theme. These puzzle makers, being able to spot unique language patterns, develop by arranging these patterns together in a way that enables the solver to both figure out the puzzle and identify the theme.

Themes that one might encounter in crosswords are countless to be enumerated here. Yet, they are typically about playing with words. Crossword themes are  verbal, such as common items, letters that make up new phrases out of familiar ones, puns, anagrams, hidden words. Moreover, they can be amazingly pictorial, which is worth spotting.

Why are There crosswords Themes?

Simply put, a theme is an additional element that, once understood, aids in solving the puzzle, adds fun to it, and helps identify the other pieces of the puzzle. A theme is to the crossword puzzle as pivotal as the frame to a house.

Where is There a Theme?

Theme placement is usually in the longest Across-Down items of the puzzle, assuming that the puzzle maker is not creative enough to place it anywhere.

Consider this Theme example of an easy Monday Puzzle : 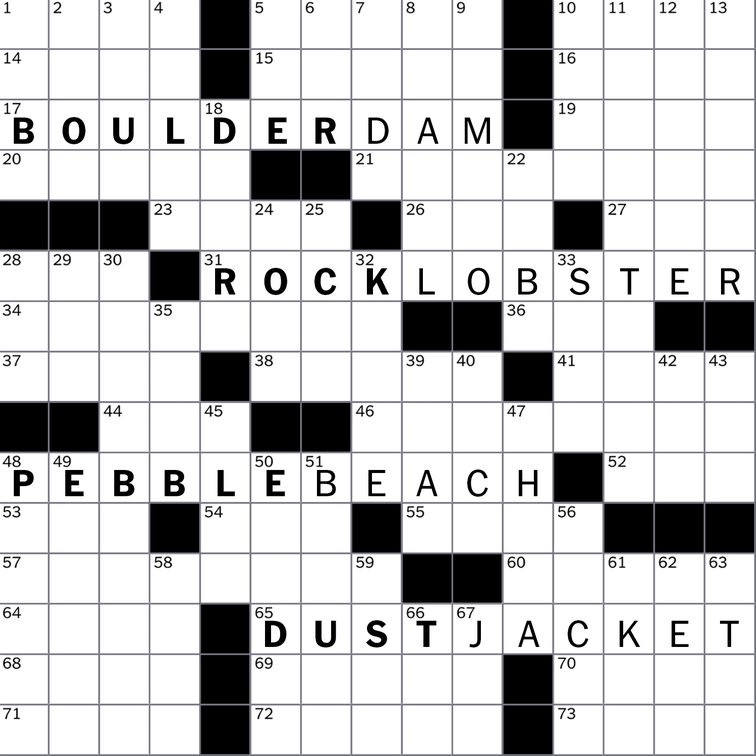 The commonality between the words, BOULDER DAM, ROCK LOBSTER, PEBBLE BEACH and DUST JACKET is that they are all stones of different shapes and sizes, ranging from the largest (top) to the tiniest (bottom). Following are clues to the answers of a typical, easy-to-solve Monday puzzle, notwithstanding the ploy of the term DUST JACKET which does not render it hard to solve.

Stating the fact that solvers tend to first identify the crossword theme prior to solving is not meant to discourage beginners. However, it is noteworthy that theme clues cover a wide array of subject matters. to name few: topography, commercial music, sports, and word play on book titles.

There are themes that involve playing on words by adding a letter in between units of familiar phrases, making them sound and read unusual. Consider the phrase at 17-Across, BEST SELLER reading BEST SHELLER, among three more others likewise. 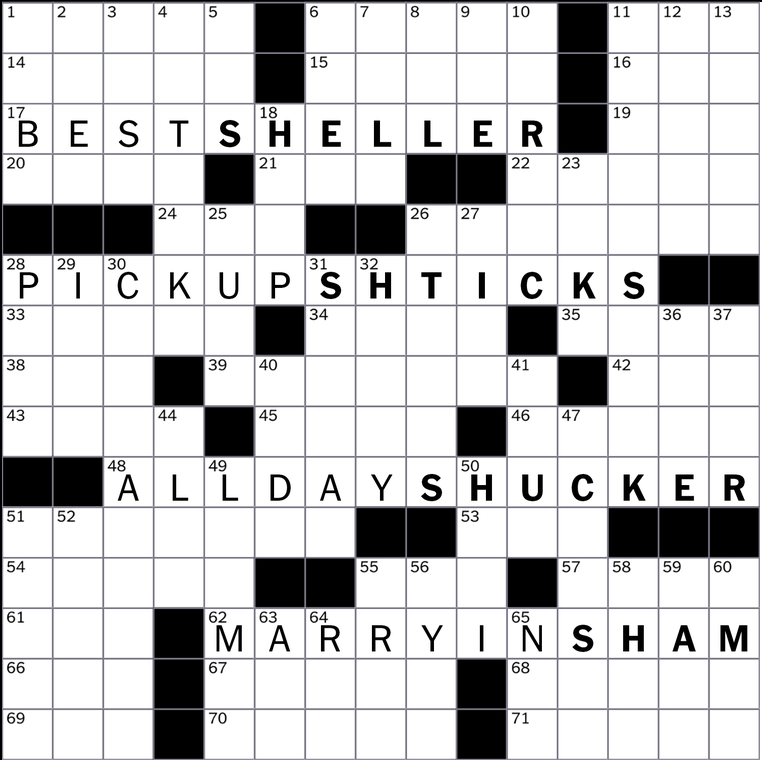 The crossword theme in this grid is so clued as to trigger one’s thinking, in their turn to figure the puzzle out. Below is the manner in which it was clued.

Consider turning the Sunday NYT Magazine pages only to behold a vivid picture of a museum. This Sunday puzzle which dates back to 2009, in celebration of NY Solomon R. Guggenheim Museum’s 50th anniversary below: 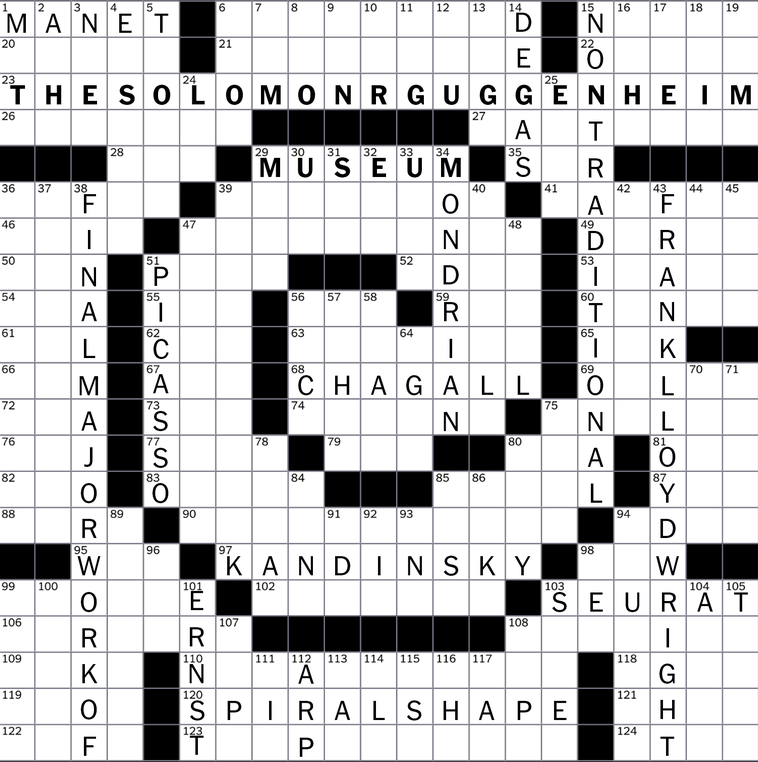 Black squares in this puzzle were arranged spirally to represent the layout of the Guggenheim Museum halls in which hang all the artworks therein. In fact, whose artist name, museum name, along with extra content can be identified throughout the grid.

The Times daily has even come up with puzzles whose themes solvers have to write outside of them, prompting the former to think differently.

NYT has crossword puzzles of a wide range of themes, and the preceding examples are only meant to introduce newbies to these puzzles.